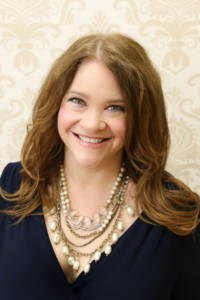 Kelly Rava earned her Bachelor’s of Arts degree in Psychology from Wilkes University in 1997 and her Master’s Degree in Clinical Social Work from Marywood University in 1999. Ms. Rava’s diverse and unique experiences began with her graduate internship studies in London. There, she advanced her knowledge base through Toynbee Hall under the direction of Robert LeVallient, renowned Social Worker and founder of Stepney Children’s Fund. While in London, Ms. Rava worked extensively with inner city children who experienced violence and/or abuse. Counseling included building self-esteem and resiliency, teaching coping skills and awareness.

In 2008, she returned home to Northeastern Pennsylvania to be near family and served as both a Mobile Therapist and a Behavioral Specialist Consultant for Scranton Counseling Center working with children diagnosed with depression, anxiety, bipolar disorder and other mental health and behavioral issues. Ms. Rava volunteers her time to several charitable causes and is a 2018 graduate of Leadership Wilkes-Barre Core Class. Outside of her professional pursuits, Ms. Rava is the mother of three active children and owns a home embroidery business.

Richy Corbin received a Bachelor’s of Arts degree in Biology and Environmental Studies from Rollins College in 1998. He then pursued his Juris Doctorate from Widener University and graduated in 2003. After law school, he was hired by the Law Office of Christopher Giddings in Philadelphia where Mr. Corbin was a trial attorney for 9 years. During this time, he attended Loyola Marymount University and received Bachelor’s of Arts degree in Television Production in 2009.

In 2012, Mr. Corbin returned to his roots of Northeastern Pennsylvania to run 11 of his family’s McDonald’s Restaurants.

Mr. Corbin participates in several organizations including The Ronald McDonald House charity events. He is a devoted father to his daughters Chloe and Coco and spends his leisure time at his Florida home and producing music.

A Northeastern PA Native, Holly Pilcavage is currently the Director of Business Development & Operations at CoalCreative, an Internet Marketing Company in downtown Wilkes-Barre, and the Founder of Project Wednesday, an organization that fosters positive human development while addressing human resilience, overall well-being and the various factors that contribute to it. Miss Pilcavage obtained her Master of Arts in Higher Education Administration from The University of Akron and her Bachelor of Science in Business Management from Kania School of Management at The University of Scranton.

Miss Pilcavage has been named a 2017 Top 20 Under 40 by the Northeastern Pennsylvania Business Journal, is a recent graduate of the 2018 Leadership Wilkes-Barre Core Class, as well as a Forbes 30 Under 30 Nominee and TEDx alum. She serves on the Board of Directors for Dress for Success of Luzerne County and attributes her additional time as a servant leader for various organizations throughout Luzerne County.

Her truest passion is people. With a background in Business Development, Higher Education, and Life Coaching, Holly focuses her energy on the impact we are all making on one another and the inevitable ripple effect it causes throughout the world. She is currently on a mission to see all 50 states before the exciting age of 30 which means Holly travels as much as possible while taking the time to learn more about people and how we all fit together as individual puzzle pieces.

Stacey Golembeski earned her Bachelor’s of Science in Accounting from Wilkes Universtity in 2004. Mrs. Golembeski’s professional career began at Robert Rossi & Co as a staff accountant. She then spent a few years in private industry before returning as a senior accountant to a Joseph J Pacciotti, CPA firm. In 2011 she began working at J.H. Williams & Co where she assumed management roles. Mrs. Golembeski is currently employed as a manager by Baker Tilly where she works closely with staff and upper management to meet client needs in a timely manner.

Mrs. Golembeski is a graduate of the 2018 Leadership Wilkes-Barre Core Class and is a member of several community committees.

Mrs. Golembeski lives in Nanticoke, PA with her husband, daughter, and two dogs. She enjoys softball, volleyball, camping, and music.

Brittany Quinn was born and raised in Northeast Pennsylvania. She earned her Bachelor of Arts in Anthropology and a minor in Political Science from the University of Pittsburgh in 2011, and her Juris Doctor from Gonzaga University of School of Law in Spokane, Washington in 2015.

From December of 2016 to present, Ms. Quinn has served as an Assistant District Attorney with the Luzerne County District Attorney’s Office. Ms. Quinn is a Special Victims Unit prosecutor, specializing in sexual assaults, child abuse, and domestic violence cases. In her prosecutorial capacity, Ms. Quinn is a member of the Luzerne County Multi-Disciplinary Investigative Team and the Domestic Violence Task Force.

Ms. Quinn is active within the Northeast Pennsylvania community through various organizations. She has been a member of the Young Lawyers Division of the Luzerne County Bar Association since 2015, presently serving as YLD secretary. Ms. Quinn is a 2018 graduate of the Leadership Wilkes-Barre Core Class, and also presently sits on the planning commission for Family Service Association’s National Family Week Conference.

Tina Rava earned a Bachelor of Arts in Elementary Education and a Master of Arts in Reading from East Stroudsburg University. She has more than 25 years of experience as a reading specialist, assessing students’ strengths and utilizing cutting-edge learning strategies. Tina strives to improve reading development by providing expert instruction, assessment and leadership for the school’s reading program.

Mrs. Rava was nominated for the prestigious “Who’s Who Among American Teachers” for her dedication and commitment to her students. As a member of the 2018 Wilkes-Barre Impact Leadership in Education program, she raised awareness for students struggling with dyslexia and how to adapt teaching strategies for improved educational development in the classroom and beyond.

Mrs. Rava volunteers her time on several local community organizations, is a strong supporter of the community, and is very active in educational fundraising events. She is a life-long advocate for the development of reading skills for students of all ages through frequent use of the local library, as well as a strong resource for other educators, parents and the northeastern PA community.

Mrs. Rava resides in Moscow, PA with her husband Rich Rava. She enjoys reading, traveling and being a devoted mother to sons Rick, Michael and Matthew and her three grandchildren Alia (9), Rocco (9), and Mia (8).

Eugenia DePietro earned her Bachelor’s of Arts degree from Florida Gulf Coast University in 2009 in Communications/Public Relations. She was born and raised in Florida and relocated to Northeastern Pennsylvania in 2011 where she opened “Eugenia Photography”, an award winning photography studio located in Dunmore, Pennsylvania.

Mrs. DePietro’s passion for working with non-profit organizations started while working at the Make-A-Wish Foundation of Southwest Florida, where she helped fundraise and plan events to benefit children with life threatening illnesses.

Mrs. DePietro is dedicated to raising awareness of mental health and suicide prevention. She has helped launch C.A.R.E.S. Suicide Prevention, a non-profit organization founded in memory of those who are lost too soon due to suicide.

Mrs. Ferentino has been an educator for sixteen years and continues to learn and discover new realms of education through continued education. Mrs. Ferentino is a graduate of the 2017 Wilkes-Impact Leadership in Education program where she partnered to help enhance the educational outlook for fellow colleagues. Mrs. Ferentino, an active member of her community; serves as the Co-Chairperson for a division of the Pittston St. Patrick’s Day parade and a member of the YMCA Board of Directors. She is also a volunteer for the various events throughout the community.

Mrs. Ferentino resides in Duryea, Pennsylvania with her husband Jason, their sons Anthony and Paul, and their daughter Angelina.
© 2018 Empowerment Education. All rights reserved.